To start of my year of Twelve Classics, I decided to begin with a little Preston Sturges.  Because come one, what is better than Preston Sturges when you are feeling a bit down and stressed after the holidays?  Answer…nothing.

Deep in the South American jungle the heir to the Pike’s Pale Ale empire, one Charles Poncefort Pike (Henry Fonda), is getting ready to set sail back to America with his valet/bodyguard/banker Muggsy and his new pet snake.  Charles, it seems, is a bit of a snake fanatic.  This fact does not deter any of the young ladies about the cruise ship he boards, in fact most of them are doing pretty much anything in their power to get his attention.  One woman who is trying not to catch Charles’ eye, at least not yet, is Jean Harrington (Barbara Stanwyck).  Jean and her father “Colonel” Harrington (Charles Coburn) are con-artists and cardsharps, and they have just found their next meal ticket in one Charles Poncefort Pike.

Jean takes her time observing Charles and the shameless flirting of the other women onboard before she finally makes her move.  Specifically, she trips him.  Then she blames him for breaking her shoe.  Charles is extremely sorry as one might imagine and Jean suggests that he make it up to her by escorting her up to her cabin to pick out a new pair of shoes.  Upstairs, Charles is unprepared for the advances of Jean and is soon putty in her hands.  Returning to the dining room, Charles and Jean join the Colonel in a friendly game of cards.  Despite Muggsy’s watchful eye, Charles has no suspicion that Jean and her father are anything but wonderful people.  In fact he wins $600!  The evening ends with Charles and Jean promising to see each other the next day, and he and the Colonel promising to play cards again soon. 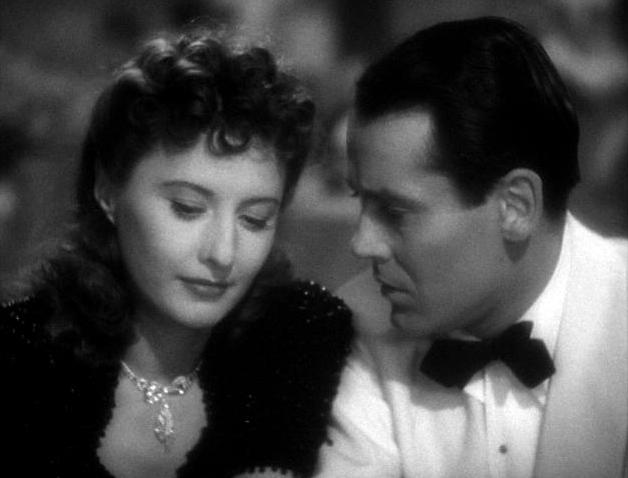 Over the course of the next several days Jean and Charles spend a great deal of time together.  Naturally, Charles falls in love with Jean but something strange begins to happen as well.  Jean falls in love with Charles.  More than that she tells her father that she has decided that she is going to marry Charles, legitimately with no cons or tricks, and that she will eventually tell him the truth about her past.  While she and Charles are onboard she promises not to reveal anything out of respect to her father but she does warn him not to try any tricks or cons on Charles.  Her father promises but privately decides to continue to con as planned.

That evening, Charles asks the Colonel for his permission to marry his daughter which the Colonel grants.  Jean goes to get some air and Charles agrees to a friendly game of cards with his future father-in-law.  By the time that Jean comes back to the table Charles has lost $32,000!  Jean is furious but the Colonel rips up the check in front of her.  She and Charles excuse themselves and soon retire to their separate cabins.  Meanwhile, Muggsy has been doing some investigating of his own and has found proof of just who Jean and her father really are, proof he shares with Charles.  The next morning Charles confronts Jean and she admits everything.  In his anger, Charles pretends that he knew the truth all along and was just stringing Jean along for a joke.  Hurt, Jean leaves and vows to return to her conning ways and never think of Charles again.  She begins to feel better when he father shows her a check for $32,000 which actually was never ripped up at all.

Some time later, Jean and her family are having a day at the races when they run into a fellow con-artist named Pearly (Eric Blorre).  Pearly is currently known as Sir Alfred McGlennan Keith and has set up quite a comfortable life for himself among the rich of Bridgefield, Connecticut.  Jean perks up at the mention of Bridgefield because that is the hometown of Charles Poncefort Pike.  Despite her father’s protests she devises to visit Sir Alfred McGlennan Keith as his niece…Lady Eve Sidwich of England.

Do I even need to say that this is a great movie?  First of all Preston Sturges created this screenplay specifically for Barbara Stanwyck and it shows.  Jean Harrington is such a dynamic, intelligent, funny, sexy, and all around amazing woman.  She is a con-artist for sure but you never find her so devious that she is unlikeable.  Even when she is masquerading as the Lady Eve and making Charles’ life miserable, there is still a quality to her that makes you just think she is fantastic.  I honestly don’t think that anyone else could have played Jean except Barbara Stanwyck, even if the part wasn’t written specifically for her.  She can just give one look with her eyes and convey an entire scene.  She more than holds her own in every scene she is in, against the likes of Coburn, Blorre, and Palatte, as well as Demarest and Fonda.  This is not to sat that she steals the scenes from her fellow performers, rather she allows them shine while never letting the audience forget that she is still there.  Barbara Stanwyck is my favorite classic film actress and THE LADY EVE gives her room to play. 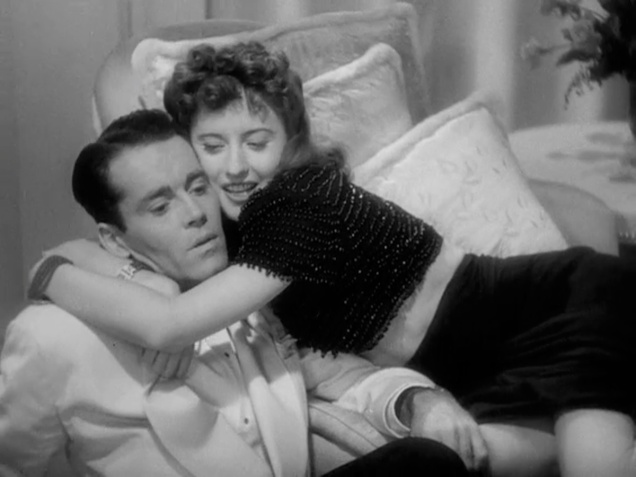 Henry Fonda is terrific as the bumbling, naive, unworldly Charles.  He plays his inexperience as both charming and believable.  Often when there is a character that is supposed to be sheltered and unwise to the world, I find them annoying and overly child-like.  Fonda acts like a man who knows quite a bit about some things but next to nothing about many things.  He is just a quiet man who has lived his life with the knowledge that he will probably not ever get married and have a family, that he will most likely spend his life reading books and collecting snakes.  When he meets Jean its like a whole new world has opened up to him and he is so excited at the possibility.  To find out that all this happiness was based on a lie is devastating to him and for the first, and really only time in the whole movie and perhaps his life, Charles reacts cruelly.  But just like we never dislike Jean for her conning ways, we never dislike Charles for his poor behavior.  We understand why he reacted that way and we hope that he can find a way to return from that.

It speaks to the mastery of Preston Sturges that we can have a film about a con-woman and her criminal family, as well as a rich somewhat childish man and his slightly psychotic and paranoid guarding and still care about and like each and every one of them.  I will also say that the ending when it first began to take shape didn’t make total sense to me.  But as the movie went on and the full culmination became evident, I was certain that there was no other way that this story could have ended.  For a script that was written while Preston Sturges was awaiting his third divorce, THE LADY EVE is a remarkably hopeful story about love and finding ways to accept people for who they are.

This post is part of the 2016 Blindspot Series from The Matinee.  You can see more about it here with my list of films I want to watch in 2016!