This post is part of The Swashathon hosted by Fritzi of Movies Silently.  Buckle your swashes and check out all the other posts here!

I love a good swashbuckler.  When I want to sit back, pop some popcorn, and have a darn good time, no Marvel blow-em-up for me thanks I will take Errol Flynn and his acts of daring do.  Now having said that, the name Ronald Colman does not immediately strike one as being a natural leading man in a swashbuckler.  But in 1937 with THE PRISONER OF ZENDA he became just that.

In some picturesque country far off in the Balkans, Rudolf Rassendyll (Ronald Colman) is having a very strange time with the locals.  The British tourist is finding that wherever he goes people keep giving him odd looks and are unable to form words correctly.  He goes off to enjoy his fishing trip leaving the local inhabitants behind.  While relaxing by a stream he runs into two well-dressed men.  Colonel Zapt (C. Aubrey Smith) and Captain Fritz von Tarlenheim (David Niven) are on a hunting trip with the almost king, Rudolf V (Ronald Colman).  Zapt and von Tarlenheim are slightly startled by Rassendyll’s appearance but they are more amused than anything.  It soon becomes clear why when Rudolph V shows up.  He and Rassendyll look identical, most likely thanks to a dalliance between two distant relatives.  Rassendyl and Rudolph take a liking to each other and the group goes off to a nearby hunting lodge for some dinner and drinks.

The party lasts late into the night.  Rudolph proceeds to drink everyone else under the table.  When Zapt suggests that he might want to slow things down, especially since he has his own coronation to attend in the morning, Rudolph responds by slapping him in the face.  Clearly Rudolph is a great guy.  Zapt excuses himself and Rudolph is left alone.  A servant enters with a bottle of wine that has been sent by his half brother “Black Michael,” Duke of Streslau and Lord of Zenda Castle (Raymond Massey) which Rudolph partakes from.  The next morning Rassendyl awakes to a bucket of cold water in his face from Zapt.  Annoyed at first, Rassendyl is startled to find that Rudolph has been drugged by Michael.  If Rudolph is not in attendance at his coronation this afternoon not only will he not become king, but Michael will use this as an excuse to seize the throne for himself.  There is only one thing to do…Rassendyl must impersonate Rudolph and take his place in the coronation.

Meanwhile, Michael is already drawing up the needed paperwork to have Rudolph removed from power.  While this might seem a tad bit premature to some, to Michael this is simply prudent planning.  Everyone is quite cheerful at the prospect of their evil plan succeeding except for Michael’s French mistress Antoinette de Mauban (Mary Astor).  Antoinette wants Michael to be happy of course but really she is hoping that Michael will give up the throne and settle down with her (yeah, I don’t think it is going to happen either).  She is making her case for this bright future when Rupert of Hentzau (Douglas Fairbanks, Jr.) enters the room.  He has some delightfully off hand remarks for Michael, who quickly takes his leave of his favorite henchmen, and some scathingly risqué ones for Antoinette.

Back onboard the royal train, Rassendyl is practicing his speech for the coronation.  He must make sure to get everything exactly right or the jig will be up, as they say.  The ceremony goes off without a hitch, though not without a few tense moments, and Rassendyl gets to meet Rudolph’s cousin and fiancee, Princess Flavia (Madeleine Carroll).  Flavia never liked Rudolph because, let’s face it, he was always sort of a jerk.  But now she finds him much changed and all for the better.  The two begin spending time together and love begins to blossom.  But alas things must be cut short as Rassendyl has done his job, and with the coronation a success he travels back to the hunting lodge with Zapt to retrieve the true king.  Upon arriving however they find the lights off and the servant left to guard the king, murdered.  And Rudolph?  He has been kidnapped by Rupert and been stolen away into the night.

There is no film quite like this version of THE PRISONER OF ZENDA.  It is a perfect alignment of the stars (literally and figuratively) allowing for true movie magic to occur.  Just take a gander at these names…Ronald Colman, Madeline Carroll, David Niven, Raymond Massey, Douglas Fairbanks Jr., Mary Astor, and David O. Selznick.  It doesn’t get much better than that.

The story of The Prisoner of Zenda had been around for many years before this film was made.  Of note, when the play based on the 1894 book by Anthony Hope was first put on in 1896, C. Aubrey Smith played the dual lead roles.  The play had been a great success for many years and while several film versions were made this is considered to be the definitive one.  The shoot was not an easy one for director John Cromwell.  He had trouble with everything from David Niven and Douglas Fairbanks Jr.’s late nights on the town, Ronald Colman’s lack of knowledge when it came to his own lines, and Colman and Madeline Carroll’s insistence of being only shot from their “good sides”…which were both the same.  George Cukor actually stepped in to shoot some scenes when Cromwell became too frustrated.  In spite of any issues during filming, THE PRISONER OF ZENDA is one of the best romantic swashbucklers around.

If I’m honest I think that the thing that makes THE PRISONER OF ZENDA so special is Ronald Colman.  For a start there is his voice, which I would quite happy listen to for hours.  He could say anything and it would sound fabulous.  Luckily for all of us he also happens to be reciting some intelligent and witty dialogue.  Ronald Colman brings a quality to Rudolph/Rassendyl that is equal parts nobility and amusement.  As Rassendyl he seems to be having the time of his life pretending to be king while at the same time, gravely aware of the importance of what he is doing.  When he must devise a plan to save the true king, Rassendyl swings into action with the cunning and strategic mind of a general without a moment’s hesitation.  In Rudolph, Colman finds not only the tempestuous man-child who has never been told no but also the humble contrition of a man shown the error of his ways.  Only Ronald Colman could create two men of such dignity and honor with such different moral centers while still making them likable people.

Douglas Fairbanks Jr. initially wanted to play the lead role but when he received the role of Rupert instead, he was told by his father that “not only is The Prisoner of Zenda one of the best romances written in a hundred years and always a success, but Rupert of Hentzau is probably one of the best villains ever written”  Douglas Fairbanks Sr. helped his son when it came to billing and costume, and Douglas Fairbanks Jr. took his father’s advice.  His portrayal of Rupert is one of the best parts of the movie.  Rupert is a man who is only in it for himself.  He switches loyalty quickly and often, throws witty quips and punches, and has absolutely no problem flirting with his boss’s girlfriend.  Where Raymond Massey’s “Black Michael” is a villain in the most traditional sense, Rupert is a man of few scruples and even fewer alliances.  He is his own man and it is beyond delightful to watch him duck and weave his way through the story. 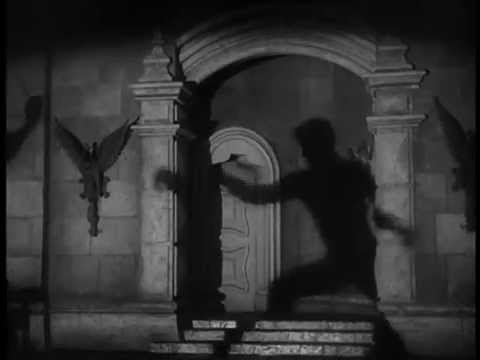 THE PRISONER OF ZENDA has been called a “splendid schoolboy adventure story”.  This is a perfect description of not only this movie but also any great swashbuckler.  Swashbucklers are not subtle or full of nuance, they are bold, brash, and exciting.  Swashbucklers speak to a part of us that still wants to go out in the backyard and climb trees with sticks/swords in hand.  That part of us that is still twelve years old and seeing the world through wide and curious eyes, the part of us that still believes that we can be heroes and heroines and go on grand adventures.