This post is part of the Summer Under the Stars Blogathon hosted by Kristen over at Journeys In Classic Film.  Be sure to check out new entries all month long!

Every summer I can’t wait until August because it means only one thing…Summer Under the Stars on TCM!  This is a fabulous month long celebration of stars, with each day featuring the films of just one actor or actress.  Not only can you find new talent and films to love but if your favorite star is being featured you have the perfect excuse to call in sick at work.  As part of the celebratory month-long Summer Under the Stars Blogathon I am doing something a little different for my monthly guide to TCM.  Instead of talking about all the films feature this month, I am going to pick one film each day to recommend to all of you to check out.  Here we go!

THE GHOST AND MRS. MUIR

This was a tough one because LAURA is also on today, but I have to go with this ghostly love story.  This film is sexy, romantic, funny, smart, and just everything you could want in a film.  Rex Harrison is very handsome and dashing as the brash sea captain from beyond the grave but this movie really belongs to Gene Tierney.  She has never looked lovelier and her character is tough, smart, and witty.  Don’t miss this one!

THE ADVENTURES OF ROBIN HOOD

Another tough call, since I would like to tell you to watch IT’S LOVE I’M AFTER as well, but this is my pick.  This is the first classic film I remember watching and falling in love with, and it is still such a fun movie!  The chemistry between Errol Flynn and Olivia de Havilland cannot be matched, the costumes are fabulous, the fights are exciting, and this is just a terrific film.  You must see this film!

A lesser known pre-code but one that deserves to be seen.  I have looking out for this one since I read Karen of Shadows and Satin’s post about it.  High society shenanigans mixed with pre-code goodness, make sure to watch this little known gem…I know I will be!

This is the classic film with Greer Garson and Walter Pidgeon about a British family during WWII.  Moving and poignant this is must see film that seems to be not as well known today outside of classic film fans.  It is followed by THE BEST YEARS OF OUR LIVES if you want to stick around for that one as well…

There are so many Fred Astaire and Ginger Rogers films showing on August 5th, but this is one that doesn’t seem to get as much airplay as TOP HAT, SWING TIME, and SHALL WE DANCE.  Tune in for Fred and Ginger, stay for Eric Blore and Everett Edward Horton ordering breakfast by the pool.

THE MAN WHO WOULD BE KING

John Huston’s epic starring Sean Connery and Michael Caine as two con men trying to take over a remote land in Asia full of treasure.  I haven’t seen this film for years but it is a terrific film, great popcorn movie, and one not to be missed.

While not everyone likes this screwball comedy, especially Katharine Hepburn’s zany heiress, I have always found it a great deal of fun.  Also, I love the chemistry between Katharine Hepburn and Cary Grant.  While I enjoy her films with Spencer Tracy, I always felt that she held herself back while acting alongside the man she loved perhaps diminishing her impact to make sure he came out on top.  But here she goes all out and Cary Grant keeps pace while we get to join in the fun.

Raymond Massey is creepy as all get out in this zany comedy.  He and Peter Lorre play off each other brilliantly, and Raymond Massey even spoofs himself.  Lots of fun and another chance to laugh along with Cary Grant.  CHAAAAAARRRRGGGEE!!

STRANGERS ON A TRAIN

Robert Walker is SO CREEPY  in this Hitchcock film.  He starts off as just a little odd and transforms into something truly diabolical.  What starts as a conversation between two strangers about who in their lives they would like to kill (like you do) takes a very dark turn in this suspenseful thriller.

Joan Crawford’s pairings with Clark Gable are somewhat legendary, so that chance to see one which also co-stars Robert Montgomery is too good to pass up!  Add to that W. S. Van Dyke directs this tale of a woman pursuing the wrong man for twenty years…how can you pass that up?

CABIN IN THE SKY

This Vincent Minnelli film was notable for its time due to it having an all African-American cast.  A musical retelling of Faust, Minelli and Arthur Freed sought the opinion of African-American community leaders before proceeding with this film.  While there are some racial stereotypes present in the film, when picking the film for this date I wanted to find one that really had Rex Ingram in the forefront of the cast, rather than a supporting player.

I saw this film a few months ago and was completely blown away.  Directed by Nicholas Ray and co-starring a phenomenal Susan Hayward, this is a film that I didn’t expect to like but ended up loving it!  This one stuck with me for days after and I think it will do the same for you.

How could I not?  This was the first film I ever saw Ann-Margret in and it is still the one that I think of every time I see her.  And the fact that Janet Leigh and Dick Van Dyke are in it doesn’t hurt, and neither does the music!

OK, hear me out on this one.  Yes, there are Marx Brothers films on this day.  Yes, I could recommend them.  But I would rather take this opportunity to point out a film that stars Groucho Marx being someone other than Groucho Marx of the Marx Brothers and this film is actually pretty fun!  Frank Sinatra, Jane Russell, and Groucho Marx in a story of a banker who gets a reward for saving a gangster’s life but can’t tell where he got the money from, this one might just surprise you.

A pre-code that also co-stars Joan Blondell, this is a really great film.  The story of a con man who finds a suitcase of money at a train station and must decide what to do with it.  Definitely make sure to see this one.

A FACE IN THE CROWD

Andy Rooney as you have never seen him before.  Patricia Neal as a female television executive who turns a homespun folk singer into a huge media sensation, and the destruction that follows.  Watch this film.

This is the movie that shaped how I see Lee J. Cobb.  I love this film, definitely one of my favorites.  So, allow me to personally recommend this film for your viewing pleasure.  Elia Kazan’s film of corruption and gangs on the docks is essential viewing.

An emotional and at times shocking film, this is a remake of a pre-code film but it does not lessen the impact.  Vivien Leigh is lovely and powerful as a ballerina who turns to the world’s oldest profession after her fiancé is reported among the dead during WWI.

John Ford’s story of an Irish ex-boxer who retires to Ireland and searches for a wife, whose dowry causes more issues than expected, pairs John Wayne with one of his best co-stars, Maureen O’Hara.  The part of me that is Irish (50% of me) hopes you will tune in for this film.

If you know Mae Clarke then you know why this movie is famous.  The grapefruit.  We will say no more except that if you read the new William Wellman biography then you will read a story about how this scene was devised.  Apparently Wellman wanted to do the same to his wife of the time but restrained himself, and so surprised Mae Clarke the next day by having James Cagney do it to her instead.

Alan Arkin creeps me out because of this movie.  Watch this film and then tell me if you won’t look at him a little differently afterwards.  My father saw this movie in a theater packed with women and when THAT PART happened he said the roof came off the building.  I totally believe it. You guys.  This movie.  This movie, you guys!  I LOVE this movie.  Robert Donat being fabulous.  Marlene Dietrich being amazing.  These two smolder, they honestly smolder.  This film about a British spy attempting to help a countess escape the newly formed Soviet Union and it is so so SO good.  See this!

SINGIN’ IN THE RAIN

Come on.  What else?  Even if you know all the words to all the songs it doesn’t matter, this is just fun.  Admit it, you are hearing “Good Morning, good morning to you” in your head right now. One of the darkest pre-code films that I have ever seen.  This talkie remake of WEST OF ZANZIBAR stars John Huston as you have never seen him.  Virginia Bruce does an impressive job of showing the transformation of pure and naive girl to broken down and debased woman.  Not for the faint of heart.

An amazing cast in an amazing film showing the struggles and heartache of guests at a high end Berlin hotel.  Greta Garbo is stunning as a fall prima ballerina who really just wants to be left alone. 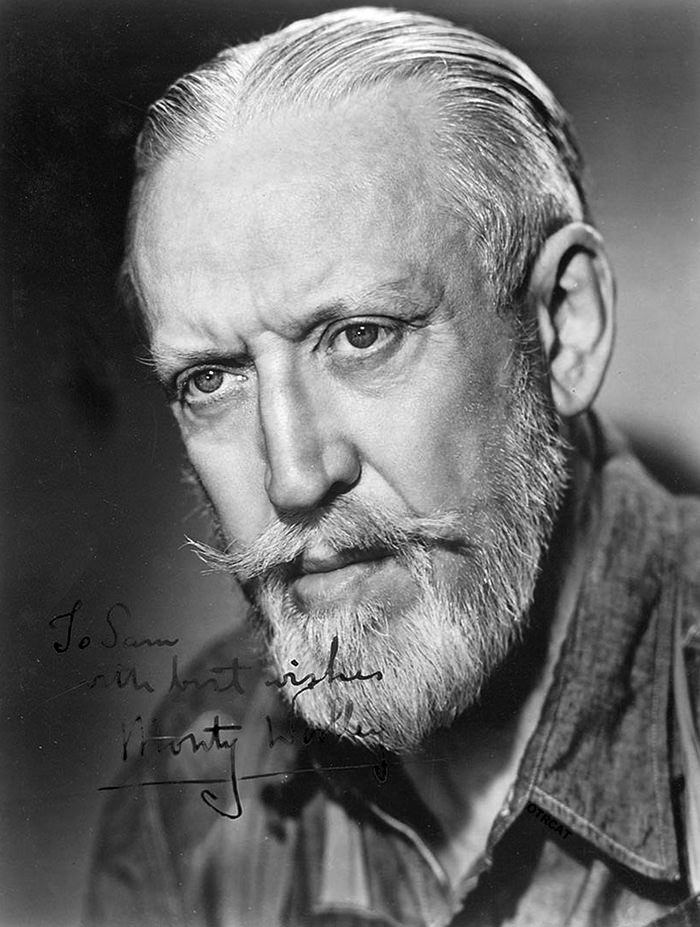 THE MAN WHO CAME TO DINNER

I get ridiculously happy when I see Monty Woolley in the opening credits for a film.  Things get exponentially better when he comes on screen.  THE MAN WHO CAME TO DINNER is an extremely funny film and it is totally Monty Woolley’s film.  Must watch!

This is such a great film and Ingrid Bergman is so terrific in it.  Charles Boyer is suitably charming and creepy as the man who has something up his sleeve when it comes to his wife, and Joseph Cotten is dashing as the man trying to find out what it is before it is too late.  Ingrid Bergman holds this whole film together and is such a powerhouse in it. 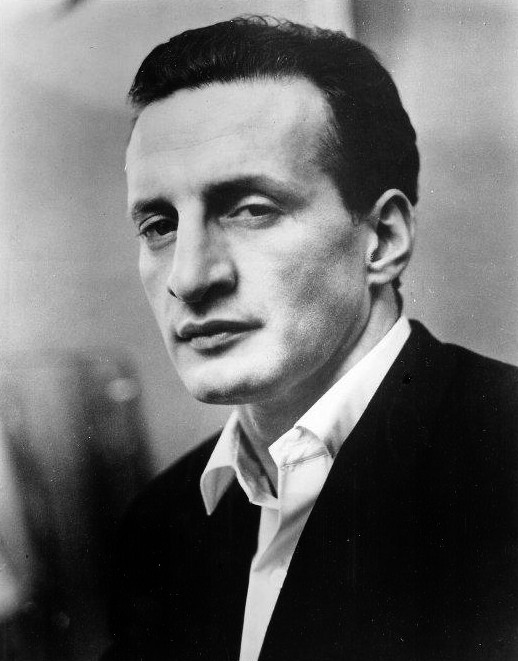 When I think George C. Scott, I think PATTON.  Everyone knows the opening scene but do you know the rest of the story?

Yes it is a Frank Capra film, and all that that entails, but I really like this film.  Gary Cooper and Barbara Stanwyck have such terrific chemistry that you can’t help but fall in love with them.  Gary Cooper is sympathetic an endearing as the tramp turned national hero, fighting against the corporate machine that seeks to use him.

This film is pretty iconic but you might not have seen it yet.  Take some time and see James Mason as a man with desires on his pre-pubescent stepdaughter and Shelley Winters as the mother who cannot or will not see the truth.

So there are my picks for Summer Under the Stars!  These are films that I would personally recommend or seek out for viewing, but they are by no means the only films worth watching in August.  There are so many fabulous films to see and I hope the films mentioned here serve as a starting point for your viewing!

6 thoughts on “The Summer Under the Stars Blogathon: A MOVIE A DAY GUIDE”